Serving the Washington Metro Area from Locations in Maryland, Virgina, and DC

The modern facelift is designed to lift and tighten redundant skin of the cheeks and neck. We favor a conservative approach with skin removal and tightening of the underlying facial connective tissue to give the facelift a natural resilience to last for years. Selective liposuction of the cheeks and neck helps to lend a more youthful neck and jaw-line to the surgical result. While a facelift can’t stop the aging process, in many cases it can turn back the clock. Facelifts can be performed alone or in combination with other procedures, most commonly eyelid surgery and browlifting. In many instances, a smaller facelift ( aka limited incision or S lift) can be performed in the office with mild sedation thus avoiding the need for general anesthesia. The treatment time is less than 90 minutes and the incision is hidden in front and behind the ear to minimize its appearance.*

As people age, the skin of the forehead stretches and the eyebrows begin to droop. This, often accompanied by puffiness around the eyes, can give a tired or saddened appearance to the face. In fact, one of the most common problems that patients present to our office with is being told that they always “look tired”. Several procedures are available to refresh forehead skin, decrease wrinkling and frown lines, and raise the eyebrows. This can give both a more youthful appearance and a refreshed look. Depending on the patient’s needs and desires, incisions can be placed in the hair or at the hairline. In many cases, advanced endoscopic techniques allow browlifting to be done through four or five small incisions back in the hair allowing for minimal discomfort and rapid healing.

The eyes are often referred to as the window upon the soul.
With aging, people often develop a weariness or droopy appearance to the upper eyelids and bags under the lower eyelids. Contemporary blepharoplasty can remove excess skin and fat from the eyelids giving a more refreshed appearance. The upper eyelid incision line is hidden within the upper eyelid crease and is often un-detectable after the healing process is complete. The lower eyelid incision is often either in a crease just below the lashes, or behind the eyelid itself leaving no external scar.

Every year half a million people consult facial plastic surgeons regarding changes in their nasal appearance. Some are unhappy with their nose’s shape, others have sustained nasal trauma or simply have difficulty breathing through their nose. Rhinoplasty surgery is performed to address cosmetic and/or functional concerns with the nose. For strictly cosmetic rhinoplasty, the size and shape of the nose is brought into harmony with other facial features so that people see the entire face, not both a nose and a face. In select cases, augmenting the chin can give an added improvement in facial symmetry and accentuate the youthful angle of the neck.
Downtime: 7-10 days of moderate bruising Cost: $5700-7000.00 plus surgery center fee based upon operative time.*

Back in 2003, Dr. Lindsey had several husbands of facelift patients inquire about excising the Turkey neck that they were seeing in the mirror. Up until that time, those patients were recommended for traditional facelift procedures. After several patients requested that the neck redundancy just be excised, Dr. Lindsey began to offer this procedure. Although complex z-plasty neck procedures have been described in the medical literature for decades, these can be cumbersome to perform and result in a long zig-zag scar. So Dr. Lindsey offered the first 2 patients a direct excision of the turkey neck with a straight line scar. Based on the early success of this easy to perform procedure, he has refined this and has even taught an instructional course on this novel procedure at national Facial Plastic society meetings. In general, this procedure can be done in around half an hour, under local anesthesia, and after wearing a small dressing for 24 hours, the patient can essentially resume normal activities. There is a straight line scar which fades dramatically in most patients. The ideal patient for this procedure is a male, with a large “wattle” of skin in the neck who wants to avoid a larger, more traditional face and neck lift with its cost, downtime, and potential risks.*

Surgical Options
Hair transplantation has been performed for 40 years and takes advantage of the donor dominance of hair from the back of the head being resistant to androgenetic alopecia as compared to frontal hair. The hairs from the back of the head are removed surgically with their root systems intact and are transplanted to the frontal balding scalp. The hairs themselves often undergo a shock from the procedure and fall out, but the root remains viable and soon produces new thick hair that grows for decades. In fact, the hair grows for the same duration after transplantation to the balding scalp as it would have if not transplanted.

Originally hair was transplanted as plugs varying in size from ¼ to ½ inch in diameter, each containing 10 to 20 hairs. This lead to the un-natural cornrow appearance common in older style transplants. In the 1980’s, a trend toward smaller grafts of one to five hairs, called micro- and minigrafts began and immediately showed more natural appearing results. Finally, in the 1990’s, surgeons noted that hairs tend to grow in small clumps called follicular units. Techniques to transplant distinct follicular units give an extremely natural result. Dr. Lindsey uses both strip and follicular unit extraction (FUE) to create a natural random, rather than linear, hairline. Hairs are angled with respect to natural growth patterns, allowing a natural appearing part and wave to be seen in the new hairline.*

Dr. Lindsey is a graduate of the University of Richmond where he received his Bachelor of Science degree in 1986. He graduated from the University of Virginia Medical School in 1990 and completed his residency training in Otolaryngology-Head and Neck Surgery at UVA in 1995. During his head and neck surgery training, Dr. Lindsey developed a strong interest in plastic surgery of the face. Following his residency, he completed a specialized fellowship in facial plastic and reconstructive surgery under the auspices of the American Academy of Facial Plastic and Reconstructive Surgery Fellowship in South Carolina. This advanced training was devoted to cosmetic surgery, facial reconstruction and the repair of congenital anomalies in children. At the conclusion of his fellowship, Dr. Lindsey returned to the University of Virginia as an assistant professor in the Department of Otolaryngology for 4 years. He moved to Northern Virginia in 2000 to practice facial plastic surgery and joined the staff at George Washington University Medical Center. He has been in private practice facial plastic surgery since 2001.

Clinical Experience
Dr. Lindsey has significant experience in facial plastic surgery. As of January 2010, he has performed approximately 3400 facelifts, 2400 eyelid procedures, 470 rhinoplasties, 270 excision of turkey neck procedures, 1000 hair restoration procedures,. He generally subscribes to the philosophy that more is not always better, and prefers a natural, refreshed appearance over that of an “operated upon” result. At an in-office consultation, a portfolio of several hundred cases is available

Pro Bono Experience
Dr. Lindsey believes in contributing his time and expertise to those less fortunate. He has traveled overseas to repair facial birth defects as part of Children’s Cross Connections, a non-denominational religious medical mission. He is also actively involved in Face to Face, the domestic violence repair initiative of the American Academy of Facial Plastic and Reconstructive Surgery. This group of facial plastic surgeons contributes surgical procedures to abuse victims to help erase some of the physical scars of domestic violence. 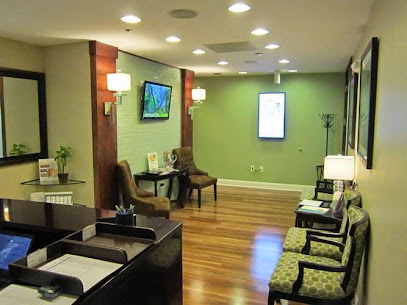